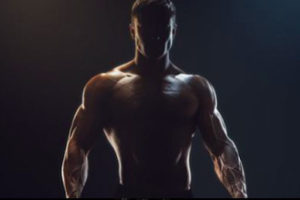 Ecdysterone is an anabolic steroid-like compound found in many plants and animals that has become increasingly popular among bodybuilders and athletes looking to increase their muscle mass and strength. Ecdysterone, also known as 20-hydroxyecdysone, is a naturally occurring steroid found in abundance in certain species of insects and crustaceans, but it can also be derived from certain herbal extracts. In recent years, ecdysterone has been used by athletes as a legal alternative to steroids for improving muscle growth, strength gains, and performance.

The exact mechanism of action of ecdysterone is not fully understood yet but researchers believe that it acts like testosterone to increase the rate of muscle protein synthesis in the body. This helps build up muscles faster and increases overall muscular size. Studies have shown that ecdysterone increases the synthesis level by up to 20% which results in improved physical performance during exercise.

Ecdysterone is also believed to help reduce fatigue levels during workouts because it decreases lactic acid production in the body which helps prevent exhaustion during strenuous activities. It may even decrease cortisol levels while increasing testosterone levels resulting in improved muscle recovery time after workouts.

In addition to increased muscle mass and strength, ecdysterone may have other beneficial effects on health such as decreasing fat accumulation, lowering cholesterol levels, increasing bone mineral density, reducing inflammation, and improving blood sugar regulation. Some studies have also suggested that ecdysterone might improve liver health by protecting against toxins or drugs ingested through food or supplements. However, more research needs to be done before these benefits are confirmed definitively.

Overall, ecdysterone appears to be a safe supplement with potential benefits for bodybuilding and athletic performance when taken at recommended doses under medical supervision. While there is still much more research needed around its efficacy and safety when used long-term for bodybuilding purposes, preliminary evidence suggests that it could be an effective supplement for improving muscle mass and strength along with other health benefits when used responsibly.

Turkesterone is a natural plant extract that has been used by bodybuilders and athletes for decades to help improve performance, increase muscle strength and size, and to boost overall health and well-being. It has been found to be especially effective when used in a pre-workout stack with other supplements like creatine. Research suggests that turkesterone helps bodybuilders build lean muscle mass more quickly and efficiently than without it.

Turkesterone acts by increasing the production of testosterone in the body, which helps bodybuilders gain strength, reduce fatigue during workouts, enhance endurance and increase muscle mass. In addition, turkesterone helps stimulate the central nervous system so that bodybuilders can train harder for longer periods of time. This helps them make better gains faster.

The primary benefit of turkesterone is its ability to promote an anabolic environment in the body; that is, it increases protein synthesis while decreasing the breakdown of proteins into amino acids. This means that when you work out, your muscles are able to repair themselves faster and more effectively. This helps create bigger and stronger muscles over time as you continue to lift weights or do intense cardio sessions. Additionally, turkesterone helps your body recover more quickly after tough workouts so you can keep pushing yourself further each session.

When taking turkesterone as part of your pre-workout stack it’s important to remember that it’s not a steroid – it doesn’t artificially raise testosterone levels but rather stimulates its natural production in the body so that benefits become apparent over time rather than immediately upon ingestion. As such, it’s important to take turkesterone on an ongoing basis in order for its benefits to be fully realized over time.

Due to its effects on protein synthesis and its ability to increase testosterone levels naturally, many bodybuilders supplement with turkesterone when cutting as well as bulking up for maximum results during any phase of their training cycle. It can also help build lean muscle mass without adding fat since increased protein synthesis leads directly to increased muscular size while not adding additional fat cells or weight gain due to water retention or other undesirables associated with certain steroids or prohormones commonly taken by competitive athletes looking for quick gains.

Overall, Turkesterone is a great choice when choosing a supplement for building muscle mass through weight lifting or high intensity cardio programs since it naturally increases levels of testosterone while promoting protein synthesis which leads directly to increased strength gains as well as larger muscles over the course of consistent use combined with proper nutrition and exercise protocols.

Liposomal Epicatechin is becoming increasingly popular as a supplement to help bodybuilders and athletes gain strength, muscle mass, and overall improved physical performance. Epicatechin is a polyphenol found in certain plant foods, such as dark chocolate, that can promote muscle growth when taken in the right dosage. Liposomes are tiny vesicles that have walls made of fatty molecules, enabling them to effectively carry compounds into the body. By combining epicatechin with liposomes, it makes it easier for bodybuilders and athletes to get the most out of their workout.

Epicatechin has been shown to increase skeletal muscle hypertrophy, which is an essential process for building muscle mass. It does this by increasing protein synthesis and inhibiting myostatin production. Myostatin is a molecule that is naturally produced in the body to prevent overgrowth of muscles, so by blocking its production, epicatechin can allow for greater muscle growth. Similarly, epicatechin also increases nitric oxide production which helps provide more oxygen and nutrients to muscles during exercise. This can help improve overall muscular endurance and reduce fatigue.

In addition to increasing protein synthesis rates and reducing myostatin production, epicatechin also has other beneficial properties for bodybuilders and athletes. For example, it has antioxidant properties which can help reduce oxidative stress caused by vigorous exercise; this can lead to decreased inflammation in the muscles and a quicker recovery after exercise sessions. Furthermore, epicatechin may also help improve blood flow throughout the body by preventing angiogenesis (the formation of new blood vessels); this could help bodybuilders achieve better pumps during workouts through increased nutrient delivery via enhanced circulation throughout their bodies.

Overall, liposomal epicatechin appears to be a promising supplement for those looking to improve their physical performance or build muscle mass quickly. However, further research needs to be done on its long-term effects before we can make any definitive conclusions about its safety or efficacy for use in humans on a regular basis; nonetheless there seem to be some promising results when taken properly as part of an overall training program or diet plan. Ultimately though it should always be used in moderation; as with all supplements too much epicatechin could potentially lead to negative side effects such as headaches or nausea so it’s important not to exceed recommended dosages without consulting with your doctor first!

The most comprehensive Natural sterole building compounds in the market today.

Take advantage of this sale and see why APL is making a name for itself.

At AminoPure, we support your health and wellness goals with high quality supplements that you simply won’t find anywhere else. Our unique products are formulated for maximum efficacy and trusted by countless people around the country.